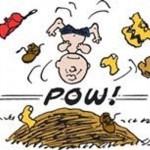 MLB Trade Rumors updated where the Mets are this offseason. Unsurprisingly, the prognosis isn’t good. Despite the overtures that increased attendance will mean increased payroll, it appears the Mets won’t make good on that promise.

In the post, it discussed how the Msts appear unwilling to make the type of contract it would take to sign the following players:

The Mets just came off of an NL Pennant. There’s more money.  There are holes in this roster. Instead of filling the holes, the Mets are creating new ones. It’s making an already frustrating offseason even more so.

If the Mets choose not to spend any money on these players, who are they going to pursue?  Jason Heyward?  Not likely. Instead the Mets will turn to the likes of Dilson Herrera, Matt Reynolds, and whatever other cheap players they could acquire. This is what the Mets seem to believe is the appropriate course.

By not negotiating with Murphy inseason, the Mets have put themselves in the predicament of having to overpay for a player. They didn’t mind it last year with Michael Cuddyer. However, now it’s a problem with Murphy and Tejada. It’s a problem with two players that helped bring you to the postseason and the World Series. I’m still perplexed this team isn’t going to spend to try to bring this team right back to the World Series.

I guess that just means all Mets fans are Charlie Brown and the Mets are like Lucy. They give us hope and taking it away laughing. We’re just flat on our backs looking like idiots.