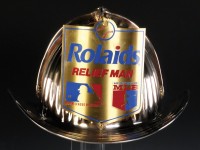 If it wasn’t so hot hot tonight, I swear it was October. Tonight’s game just had that feel to it.

Speaking of October, we got a glimpse why the Pirates may be better suited to go deeper in the playoffs – their bullpen. Top to bottom, it’s terrific. The Mets bullpen is top heavy with Tyler Clippard and Jeurys Familia. I’m not saying I felt like the game was in the balance when Bobby Parnell was announced. I am saying I have no confidence in him.

He did give up hard hits, and he left the game with no outs, runners on first and second, and the Mets down 2-1 in the tenth. Carlos Torres did his best to get out of it, but at the end of the top of the 10th, the Mets trailed 3-1.

That insurance run was a doozy. Juan Lagares had a terrific AB against  Pirates closer, Mark Melancon, before hitting a double to right center. He would advance on a wild pitch and score on Curtis Granderson‘s sac fly. Cespedes would meekly strikeout. in fact, he failed to run with strike three in the dirt. That’s inexcusable. Juan Uribe would groundout to end the game. Final score was 3-2.

It’s too bad the crowd wasn’t paying attention to the game.  You CANNOT do the wave in a tight, well played baseball game between two terrific teams. I’m not for outlawing the wave. There is a time and place for everything. There was no room for the wave tonight.

If they were actually paying attention to the game, they would’ve noticed Bartolo Colon‘s great performance. [I can admit it when he pitches well]. He only allowed a first inning homerun to Neil Walker. Sure, he was occasionally helped by his defense, but he got the groundballs to induce those double plays to get him out of trouble. Amazingly, J.A. Happ was just as good.

If not for that Yoenis Cespedes‘ sixth inning homerun, I’m positive the Mets would’ve lost 1-0 in an excellently played ballgame by both teams. Needless to say, it turned out all for naught.

In terms of the lineup, the Mets have shown Michael Conforto should’ve been sent down. They’re making him a platoon player, which could be detrimental to his career. He’s didnt start in 3/4 games against the Rockies, and he won’t start in 2/3 games against the Pirates. Monday is an off day. That means in one week he got one start and two PH appearances. Would it really have been that bad if those six plate appearances were divvied up between Eric Campbell, Kelly Johnson, and Juan Lagares?