THE METS HAVE WON THE PENNANT! 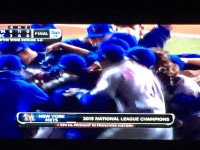 Travis d’Arnaud finished the inning off by going back-to-back, apple-to-apple:

The Mets batted around in the first and had a 4-0 lead. This series, nay postseason, has belonged to NLCS MVP Daniel Murphy, but tonight belonged to Duda. Duda came alive in this game. In addition to the three run homer, he would hit a two run RBI double in the second. It would be a record tying hit:

It was all the Mets pitchers need. Steven Matz no-hit the Cubs through three. However, he allowed a run in the fourth, and he got in trouble in the fifth prompting Terry Collins to replace him with two outs in the inning. Bartolo Colon came in and struck out Kris Bryant with runners on first and second.

Colon would pitch a clean sixth before being lifted for Addison Reed. Because Matz couldn’t get out of the fifth, Colon earned the win. It’s strange that the 42 year old Colin would get the pennant clinching win on a team with all of this dominant young pitching. The answer to the trivia question is Jeurys Familia struck out Dexter Fowler. 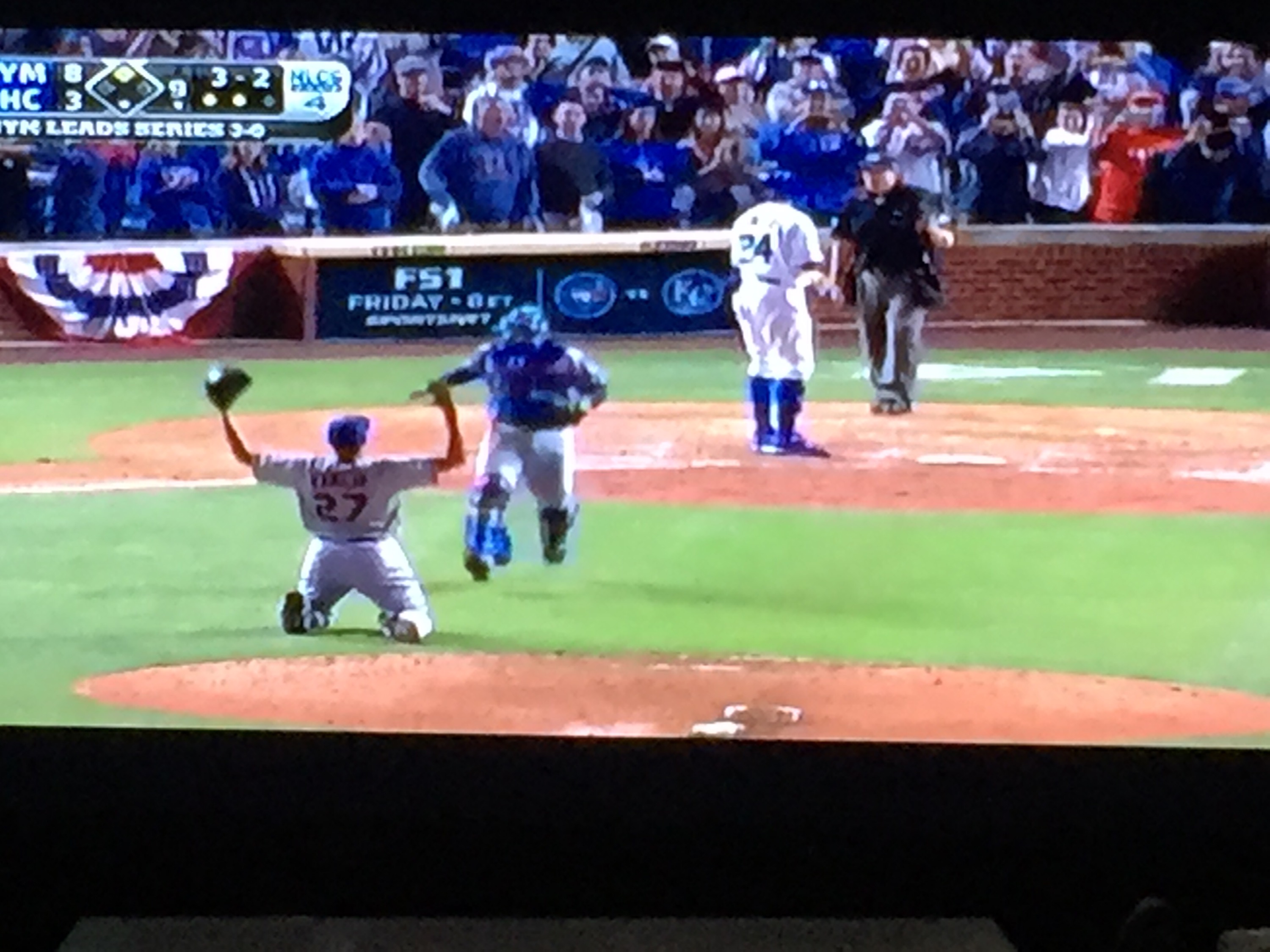 As for Murphy?  He had an off night only going 3-4 with a double and a run scored in the first seven innings. In the eighth with his streak on the line he did this:

Overall, the Cubs had some fight in them, but it wasn’t enough. They lost 8-3 tonight. The only damage inflicted was Yoenis Cespedes leaving the game early with a sore shoulder. Hopefully, it’s not series because he’ll be needed in the WORLD SERIES!

The Mets swept the Cubs.  The Cuba never had a lead in the series. It is the first time the Mets have ever swept a best of seven series. I can’t believe I’m writing this, but the Mets are going to the World Series!  There’s no way to describe this amazing feeling. There may be only one way to describe this: