Through the Wilpons majority ownership, we have seen one embarrassing moment after the next. It just never ended with them, not even when times were good.

An injured Pedro Martinez was forced to pitch a meaningless game for a gate. They fired Willie Randolph after a win and one game into a west coast trip.

The Wilpons nearly lost everything in a Ponzi scheme, and in a puff piece to help salvage their image, Fred Wilpon unnecessarily and unfairly maligned Carlos Beltran and David Wright.

Leigh Castergine was fired. Jose Reyes was brought back and held out as a role model.

They had Steve Cohen offer well over market value for the team, and the financially strapped Wilpons bungled the deal. They bungled it over control of the team and escalating salaries for them. Now, they’re looking to sell the team for what is likely a lower price.

By all accounts, 2020 is it for the Wilpons. After this season, they’re gone. But seeing them in action all of these years, you knew they couldn’t go out without embarrassing themselves, the Mets franchise, and all of baseball one last time.

Tonight was that night.

As a backdrop, Dominic Smith bore his soul in an emotional post game news conference. Michael Conforto said he’d have Smith’s back, and he made good by working with the Marlins to not play akin to what the NBA and other MLB teams were doing.

Mets GM Brodie Van Wagenen would address this with reporters. Keep in mind, this exchange which was supposed to be off the record was posted to the Mets website:

Holy shit Rob Manfred is trying to force the Mets to pull a social justice awareness stunt tonight by having the players symbolically leave the field at 7:10 before returning an hour later to play at 8:10 even though the players don’t want to play tonight pic.twitter.com/4BJLaPUkoy

Well, when you trash the commissioner, and it gets public, there are going to be ramifications, and the need for apologies need to proceed.

First up, was Van Wagenen who both apologized to Commissioner Rob Manfred and pinned the blame for the poorly received idea on Jeff Wilpon: 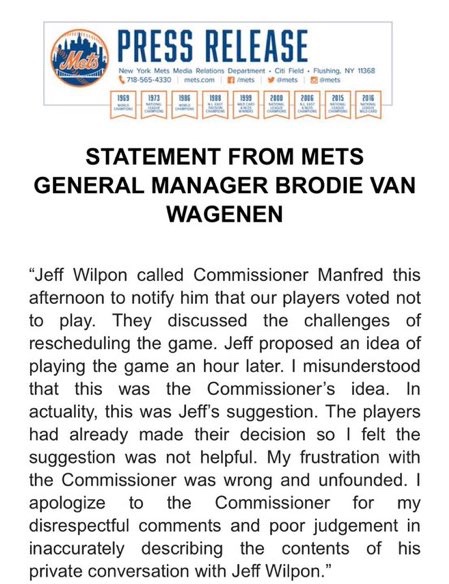 Well, that apparently wasn’t sufficient. This incident actually required the Wilpons to spring to action. Fred and Jeff Wilpon offered their version of events and apologies: 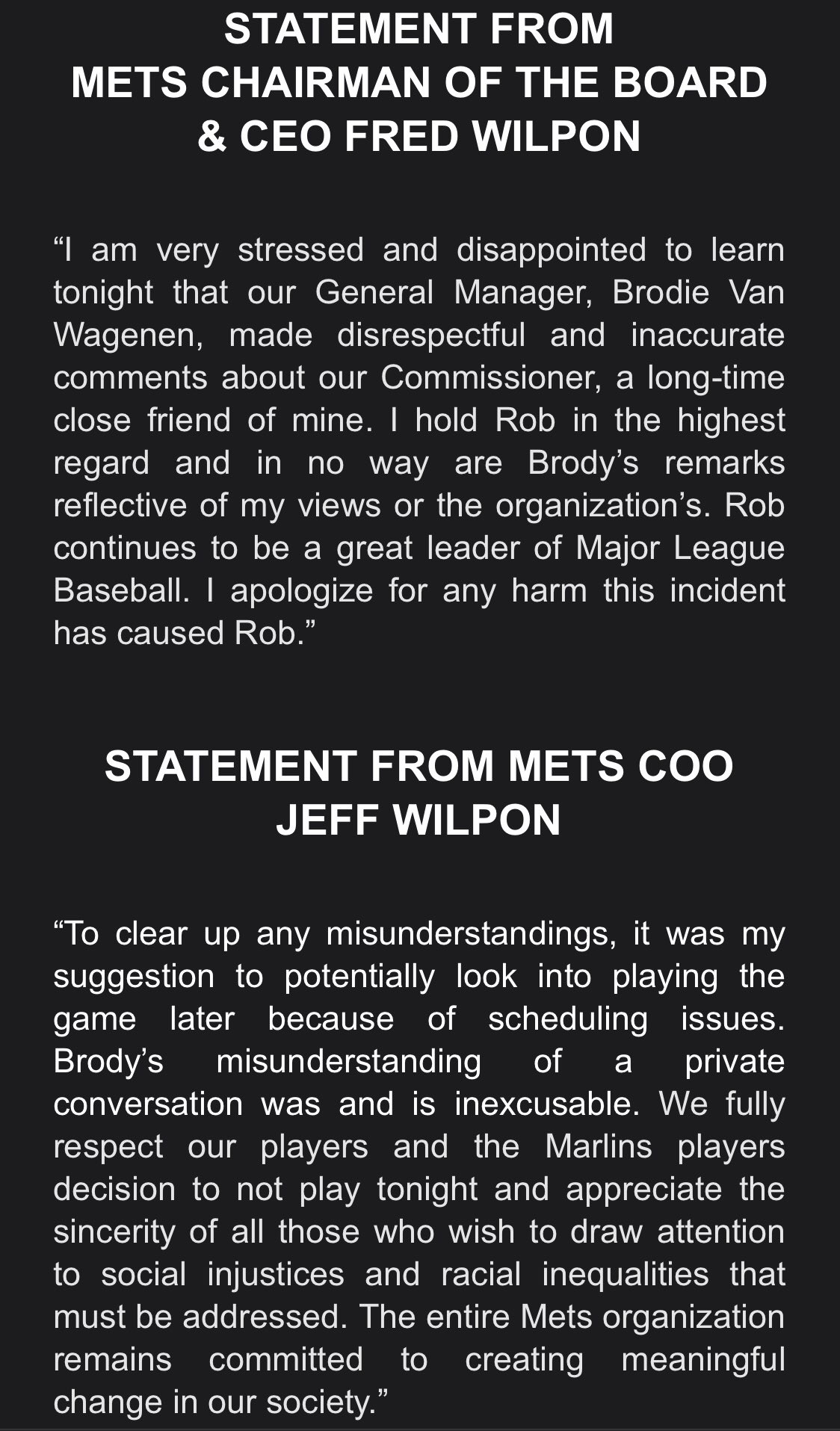 Both Fred and Jeff Wilpon managed to misspell Brodie as Brody. This was just a perfect encapsulation of who the Wilpons are and their failed stewardship of the Mets organization.

Their organization took the players emerging and bungled it. The same owners who had NOTHING to say publicly when Smith cried rushed to admonish their GM and misspelled his name in the process.

Even better, they took ownership of an idea universally dismissed as plain stupid and seen as insensitive by many. While this was happening, one of the Mets official accounts called for Manfred to be fired. 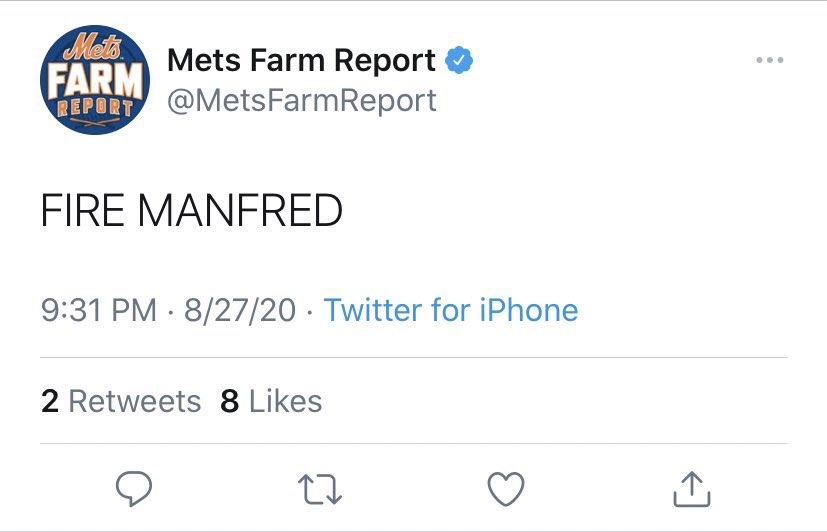