This past week my Dad turned 70 years old.  It is because of him that my brother and I have been lifelong Mets fans.  For that, I’m not sure to thank him or to curse him.  All joking aside, some of my fondest memories with my Dad have involved baseball.

There were the Mets games through the years.  We were there for Robin Ventura‘s Grand Slam single.  We saw Todd Pratt‘s homer ending the 1999 NLDS.  We were there a year later as Bobby Jones propelled the Mets to the 2000 NLCS.  There was the last game at Shea Stadium, and the first game at Citi Field.

We saw Matt Harvey come so close to pitching a no-hitter against the White Sox.  We loved see Noah Syndergaard and Rafael Montero have their first ever start at Citi Field in the 2013 Future’s Game.  Our favorite moment at a Mets game hands down was Game 3 of the 2015 World Series.

When it came time to give him a gift, my family wanted to give him more than a present.  We wanted to give him a memory that would at least rival the fond memories we had of him.  With us not having 499 friends to invite to a Mets game, or the money to purchase those tickets, that left us with the Brooklyn Cyclones.

Brooklyn in and of itself was fitting.  It was the place he would commute over an hour each way in order for him to support our family, to put my brother and I through school.

After speaking with the Cyclones, Joe Senis specifically, we were able to arrange for my father to throw out the first pitch before Saturday’s Cyclones game. Not just that, but at my Dad’s request, they allowed his grandson to take the mound with him (and throw out a pitch of his own): 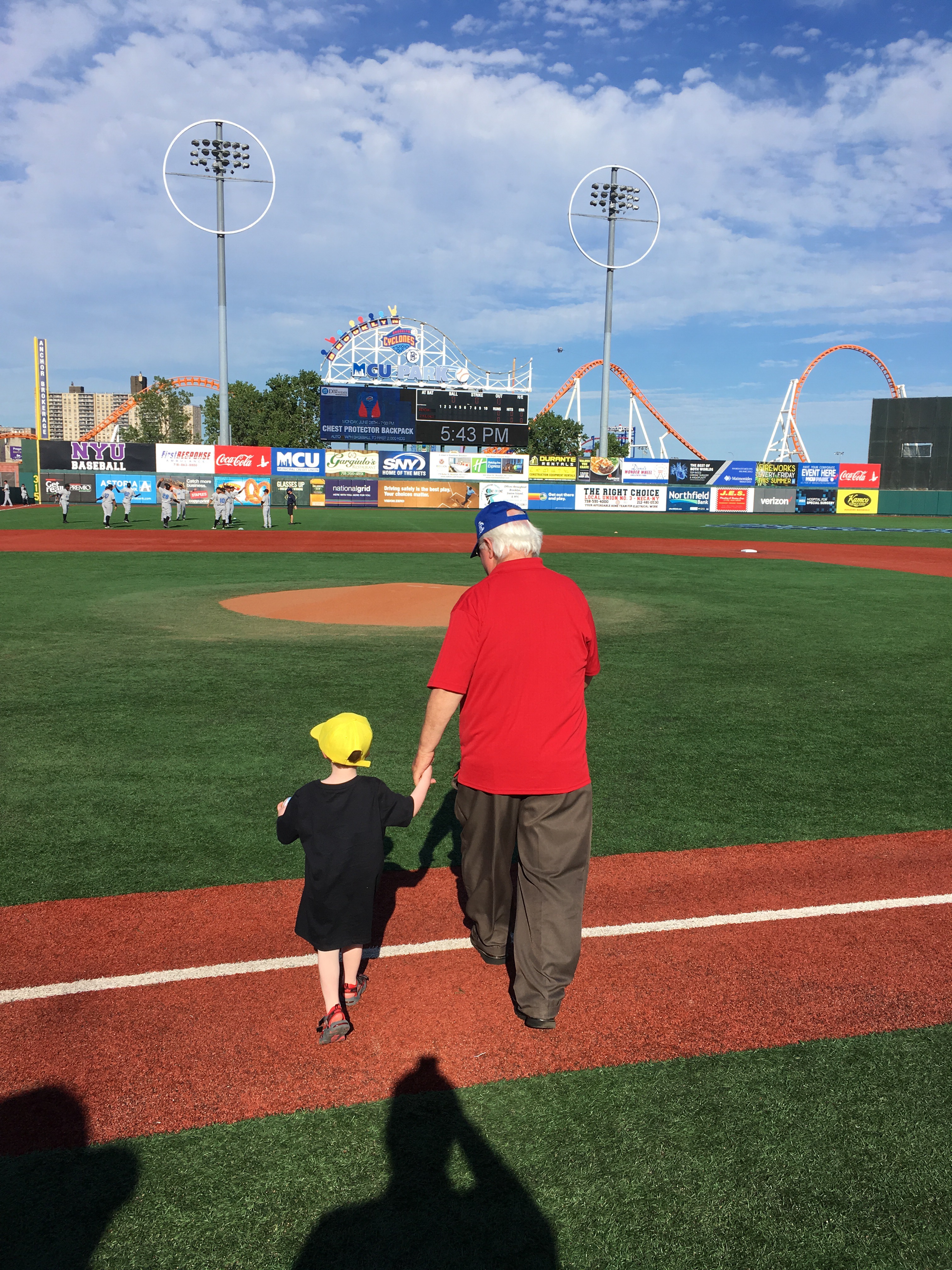 Personally, I think they both did a great job:

Also, great job by Kurt Horne catching both of those pitches and for taking a brief moment to shake my Dad’s and my son’s hands.  It was also great Edgardo Alfonzo, one of my Dad’s favorite Mets, gave us his autograph.

That’s not all the Cyclones did for us.  They also sent the mascot up to where we were sitting for some family photos . . . 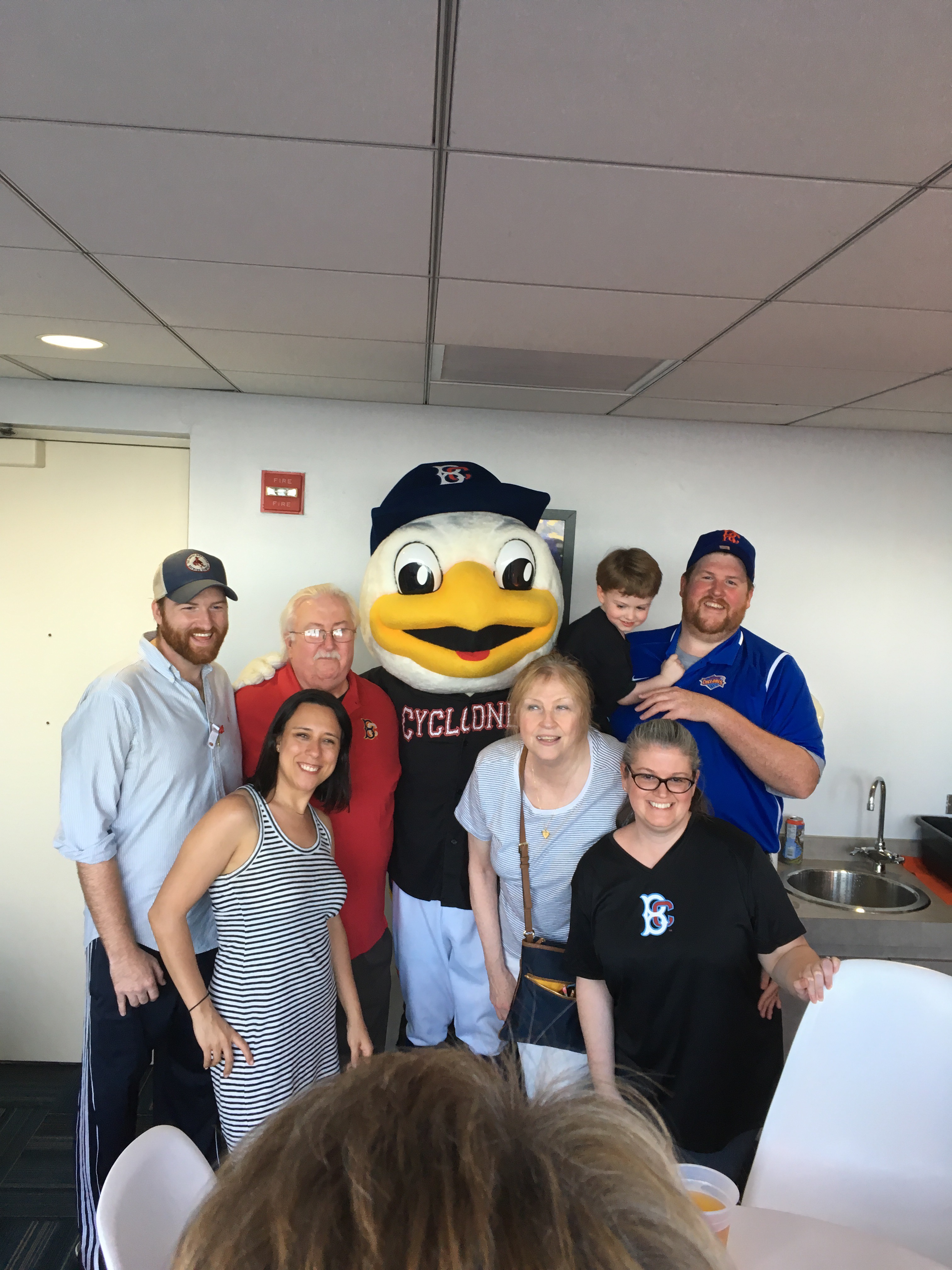 and they put on a great postgame fireworks show: 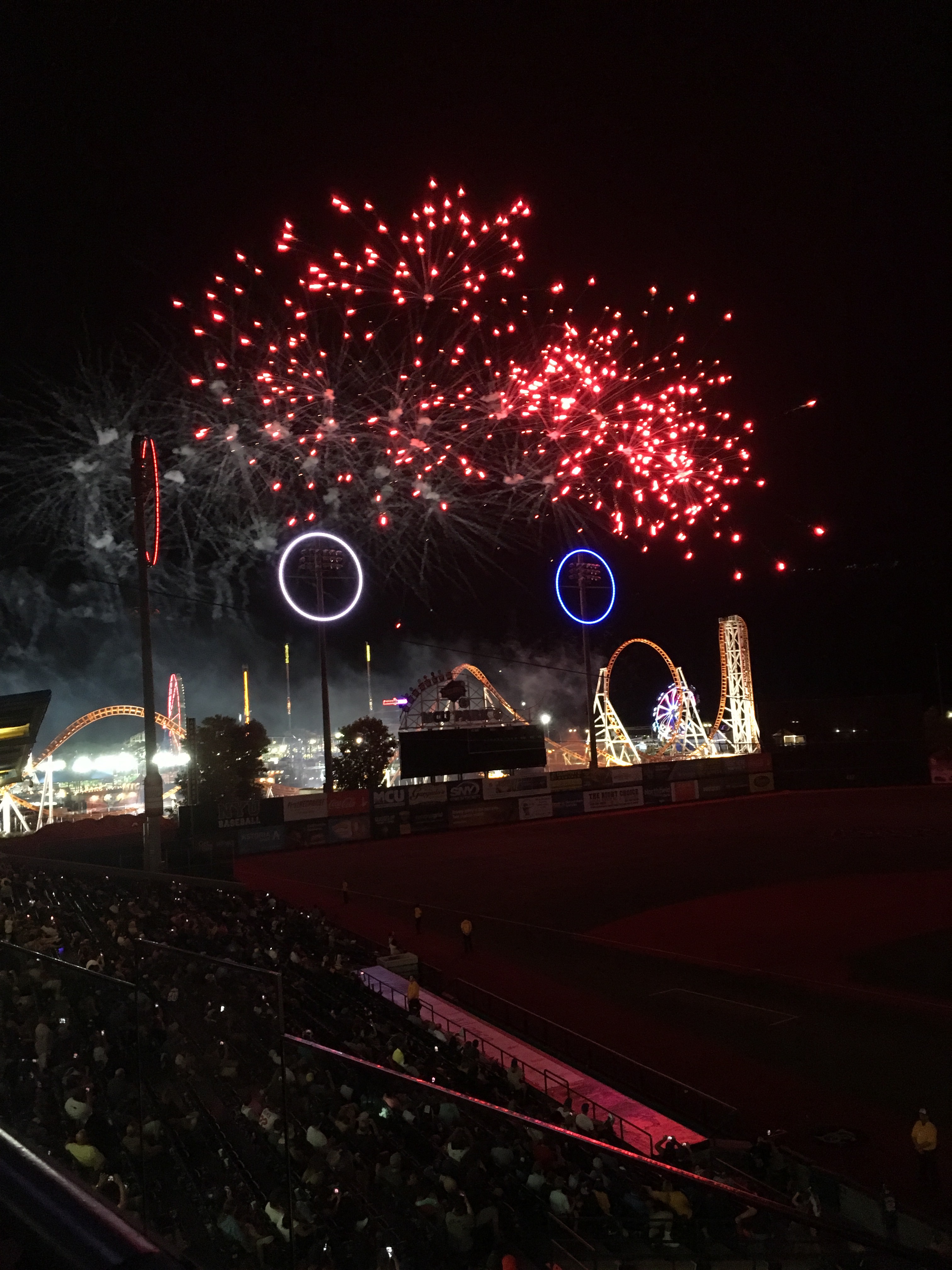 It was a classy move from a classy group of people.  They gave my Dad and his family a memory we will forever cherish, and we are forever grateful to the team. 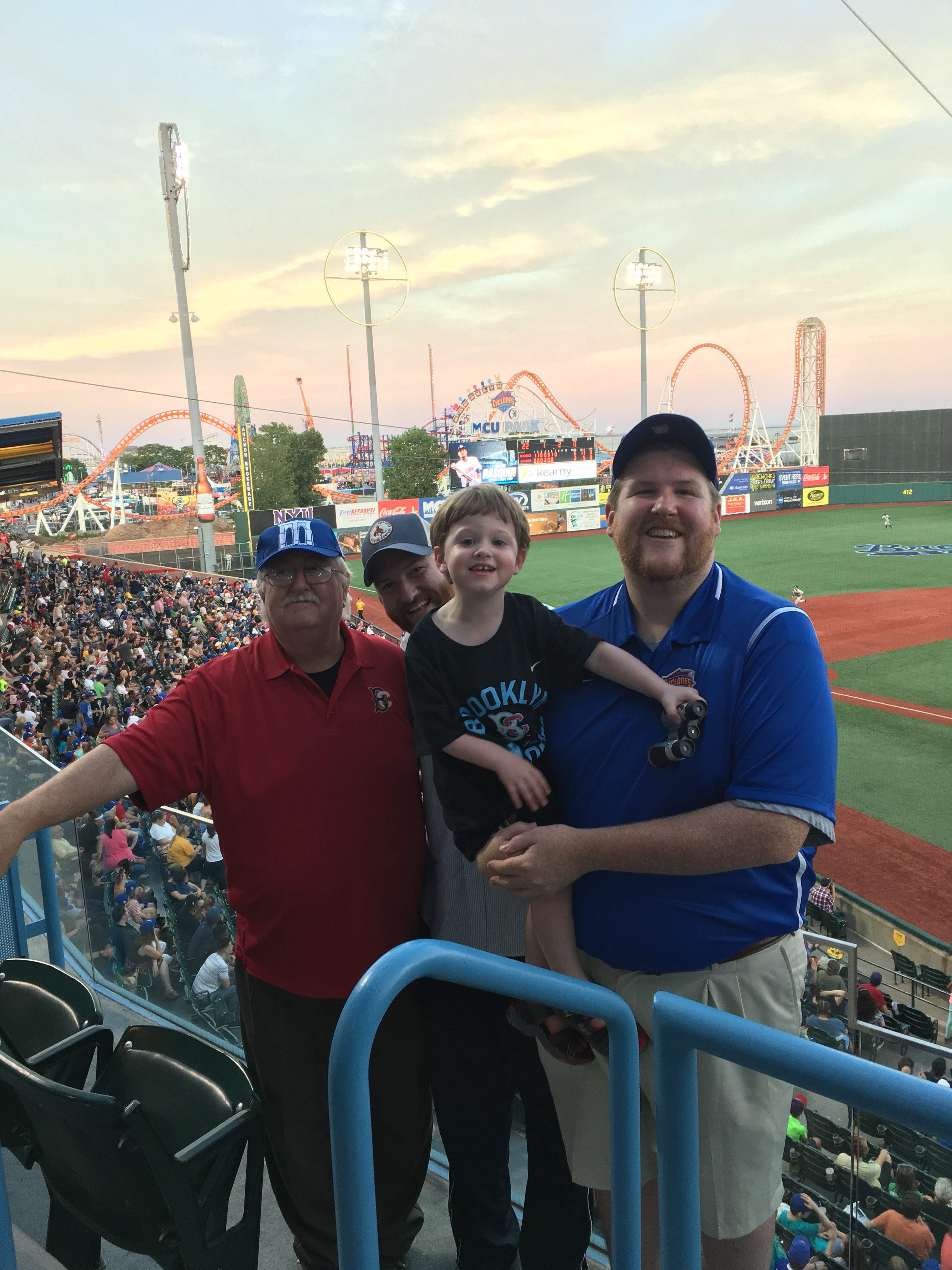