Take Your Toddler To See Cars 3

Like many dads this weekend, I spent part of my weekend going to see Cars 3.  Like many people who have seen the movie, there was one overriding notion that came across – this, and not Cars 2, is the sequel the original movie deserved.

If you have seen the promos, and you got the opportunity to visit the Cars 3 Nationwide Tour, you have an idea of the plot.  Lightning McQueen is trying to figure out how to compete with the next generation of racers.  He is trying to end his career on his own terms rather than being pushed out similar to how Doc Hudson had his own career end. 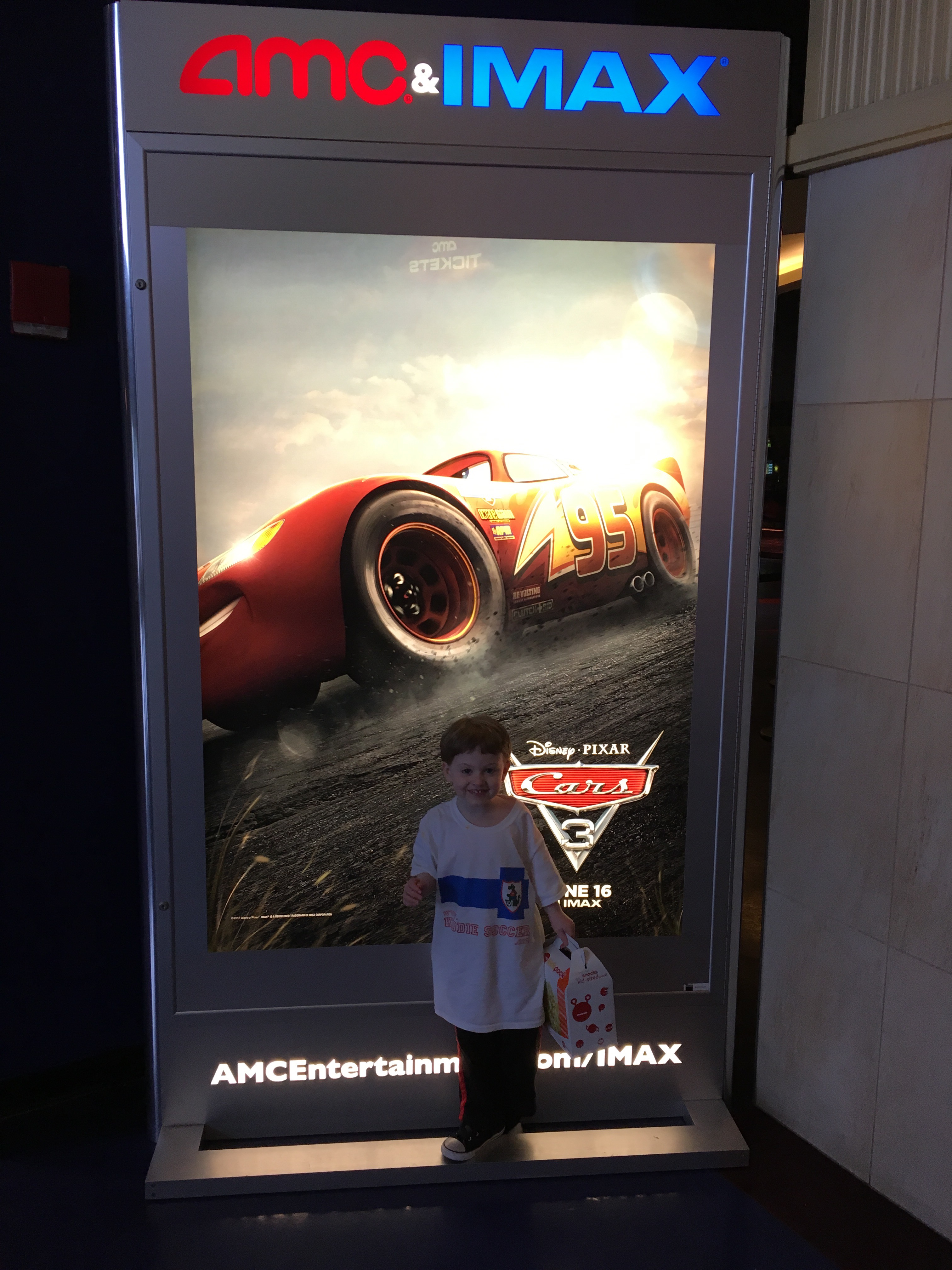 With the G rating, you know it is pretty safe to see the movie, but then again Finding Nemo had the mother dying in the opening scene, and that movie still received the same G rating.  To that end, if you are a parent who are concerned about bringing your child to the movie, don’t be.

Even though Doc has passed, they don’t show his death on the screen.  Now, Doc is one of the central characters and focuses of the movie, and the characters speak about missing him, but no one speaks about the manner of his death.

Overall, the most upsetting part of this movie was the scene where Lightning McQueen crashed.  The Figure 8 race is a bit scary for the kids, but it nothing that leaves them covering their eyes and shuddering.

As a parent in the movie theater, it is an entertaining movie.  If you are stuck at the phase where you are stuck watching a lot of kid movies and shows (like Paw Patrol), this movie is Casablanca.

With Jackson Storm being better than everyone and being a jerk, it does show the kids how to deal with similar situations.  Want to be better than someone?  Work hard and get better than them.  They insult you?  Don’t let them get to you.  In between all of that, it had all the humor you could expect from a Pixar.

In the end, I was happy I took my son to the movie.  It didnt’ disappoint.  In fact, it was better than I expected.  Having seen it a large part of me hopes we get to see a Cars 4.

Note: We did not see the movie in 3-D as we didn’t want to deal with making sure our son had his glasses on throughout the entire movie.