There are a few things I pride myself on. One of them is that I’m always prepared. I’m that guy you hate because my Christmas shopping is done before Black Friday. I’ve found that to be more difficult with a son. When this snowstorm came, I was completely unprepared.

To put things is perspective, this was the second big snowstorm with my son. Last year, he hated it. HATED!  Back then, he was still a little guy. At first, he was all excited to run in the snow, but then he got stuck. It went up to his belly. As such, when I heard about this year’s snowfall, the last thing I thought of was him playing in the snow.

The thing of it is a kids love playing in snow. It hit me almost too late. I had to run out Friday during lunch to get a sled. Toys R Us?  Sold out. Target?  Sold out. Models?  Didn’t carry them. Home Depot?  Nope. I basically had to go into Dicks and get the only one they had left. I envisioned the type of sled I wanted to get my son, but it wasn’t it. At this point in the game, beggers can’t be choosers.

How’d it go?  Well, this year, my son loved the snow. He couldn’t wait to go out and play in it. He got angry with me when I went out to shovel last night because he thought I was playing in the snow without him. This morning I gave him the plastic shovel and let him push it around the driveway. Sure, he messed up a lot of what I already did, but he was so excited to be helping his daddy. It was worth it to have to re-shovel some areas

As for the sledding?  He wasn’t as big a fan as I hoped he would be. 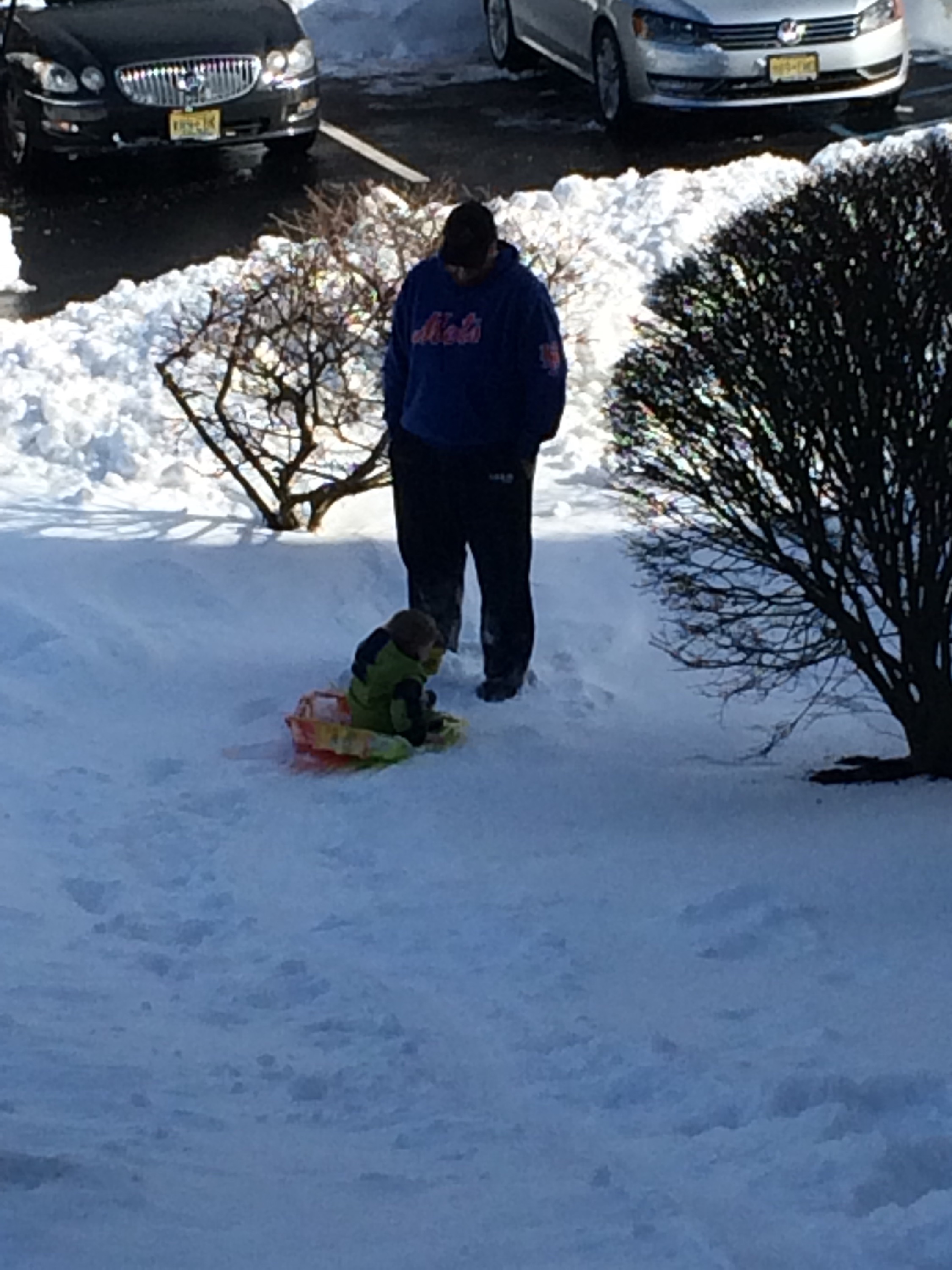 He wanted to shovel more. I seriously hope he stays this way forever. First, it would save me the time and effort. Second, it would give him more incentive to go out and earn a few bucks like I did as a kid.  I digress. That’s how toddlers are. I’m sure if I started with the sledding, he not have wanted to stop that. It’ll probably be a different story next year.

In any event, when the snow comes, you need more than milk, bread, and eggs. You need to go out early and make sure you get your kid a sled before all the other parents do.