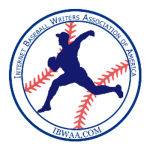 After releasing my AL choices earlier, here are my NL choices:

Bryce Harper lead the NL in runs, homeruns, slugging, OPS, OPS+, and WAR. He was second in batting average. He’s the main reason the Nationals even competed in the NL East.

This was a tight race, but I ultimately selected Zack Greinke. He lead the league in ERA, ERA+, WHIP, adjusted pitching runs, and WAR. He’s second in hits per nine. He’s fifth in walks per nine, innings pitched, and FIP. Overall, he had a great year.

With all the awards votes this year, I thought this one was the easiest. Kris Bryant lead all rookies in WAR, runs, hits, doubles, homeruns, and RBIs. With all that, there’s nothing else that needs to be said.

Jeurys Familia has been a dominant closer this year. He lead the league in one plus inning saves. He was third in appearances, but he was first in reliever innings pitched. He was third in saves. Of all the relievers in the NL, he made the biggest impact on his team.