Who Gets the Lefties Out Now? 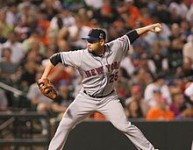 With the additions of Tyler Clippard and Addison Reed, Sandy Alderson has really surged up the bullpen. The seventh, eighth, and ninth innings are locked down.

What is great about these pitchers is they can get both lefties and righties out. It eliminates the need to go to matchups late in the game. That’s important because you risk exposing a LOOGY to a right handed pinch hitter in a key spot in a game. Of course, I’m being optimistic here because I have no choice.  However, this doesn’t address the need to get a lefty out in the fifth or sixth inning.

With the Dario Alvarez injury and the ineffectiveness of Eric O’Flaherty, the Mets are not going to have a LOOGY in the mold of Pedro Feliciano for the playoffs. In fact, that leaves the Mets with one effective lefty in the bullpen, Sean Gilmartin, who has reverse splits and is better suited as the long man.  So where do the Mets go from here?
Let’s start with who’s not an option. We know Jerry Blevins is out for the season. I’ve also seen and heard rumblings from people for the Mets to look at Josh Smoker. There’s some problem with Smoker. First, he’s never pitched above AA. Second, his stats are deceiving. At 26, he’s old for that level thereby skewing his stats a bit. Lastly, he hasn’t pitched in over 10 days. His season is over, and I presume he shut it down. If so, he’s not ready.

So that leaves Hansel Robles to get the lefties out. Looking at his splits, he gets lefties out better than a LOOGY ever could. He is limiting them to .188/.250/.438. Sure, it seems odd using a RHP to get out a lefty, but I’m more interested in effectiveness than appearance. I wonder if Terry Collins will see it that way, or will he bring in Gilmartin to get a lefty out in a big spot?

With Adrian Gonzalez, and to a lesser extent Andre Ethier, on the horizon, it’s an issue that needs to be figured out sooner rather than later.