Citi Field is Great for Kids

I didn’t like Citi Field when it first opened. There were too many obstructed views. There were less seats. It was more expensive. I missed the ramps on the way out of a game. There was more Dodger than Met focus. Most importantly, the baseball was terrible.

Most of this holds true except for the bad baseball. However, as a parent, I’ve come to appreciate and really like Citi Field. It’s the first place my son ever went to a game, and the ballpark is kid friendly.

For starters, there’s the presence of Mr. Met. My son loves him. He had a Mr. Met mobile as an infant. There’s a Mr. Met fathead above his toddler bed. When my son saw him walking through the concourse, it was as if he saw Santa Claus. Mr. Met made a quick stop and gave my son a high five. My son was thrilled. As Mr. Met moved along, my son called for him to come back.

Mr. Met couldn’t. He had pregame things. We were heading in the opposite direction. We were going to the Fan Fest area behind centerfield which is like a mini-amusement park. There’s an area to get photos with Mr. Met. There’s a dunk tank/speed pitch. There’s a place for video games where you get to play Homerun Derby with you favorite Met.  There are batting cages.  There is also a mini-ballfield.

I’ll speak to each of these more in future posts. I will say the ballfield is my son’s favorite. It is a mini-Citi Field. Each kid gets to play each of the OF positions, gets a turn at bat, and weather permitting, run the bases. This is my son’s Disney Land. He hates the line. He loves the entertainment. He cries when it’s time to leave.

We went to the Fan Fest area twice on Saturday. The first time was when we first got to the game. The second time was at the start of the second inning so we could see Mr. Met. The staff was helpful and friendly. They all seemed eager to give my son a Mr. Met sticker, which he loved.

So, I want to thank the Mets for building Citi Field. While I miss Shea, I couldn’t have brought my son to four games before he turned two. There was nothing to do there. There’s so much at Citi Field. It was so great my wife even considered going to Sunday’s game.  Trust me when I tell you that’s no small feat.

Overall, in part due to the ability to stop at the Fan Fest area, we had a great time at the game. We got to see six of the nine innings in our seats. My son danced with his mommy during the seventh inning stretch. As Section 132 will tell you, when the Mets rallied and the crowd came alive, my son was jumping up and down and cheering:

The Mets lost 3-1. It’s the only time I’ve ever been to a Mets game that I’ve enjoyed the loss. I enjoyed it because my son had a great time. He woke up the next morning and said, “Baseball, yay!” as soon as he woke up.

He then helped pick out his clothes for the day: 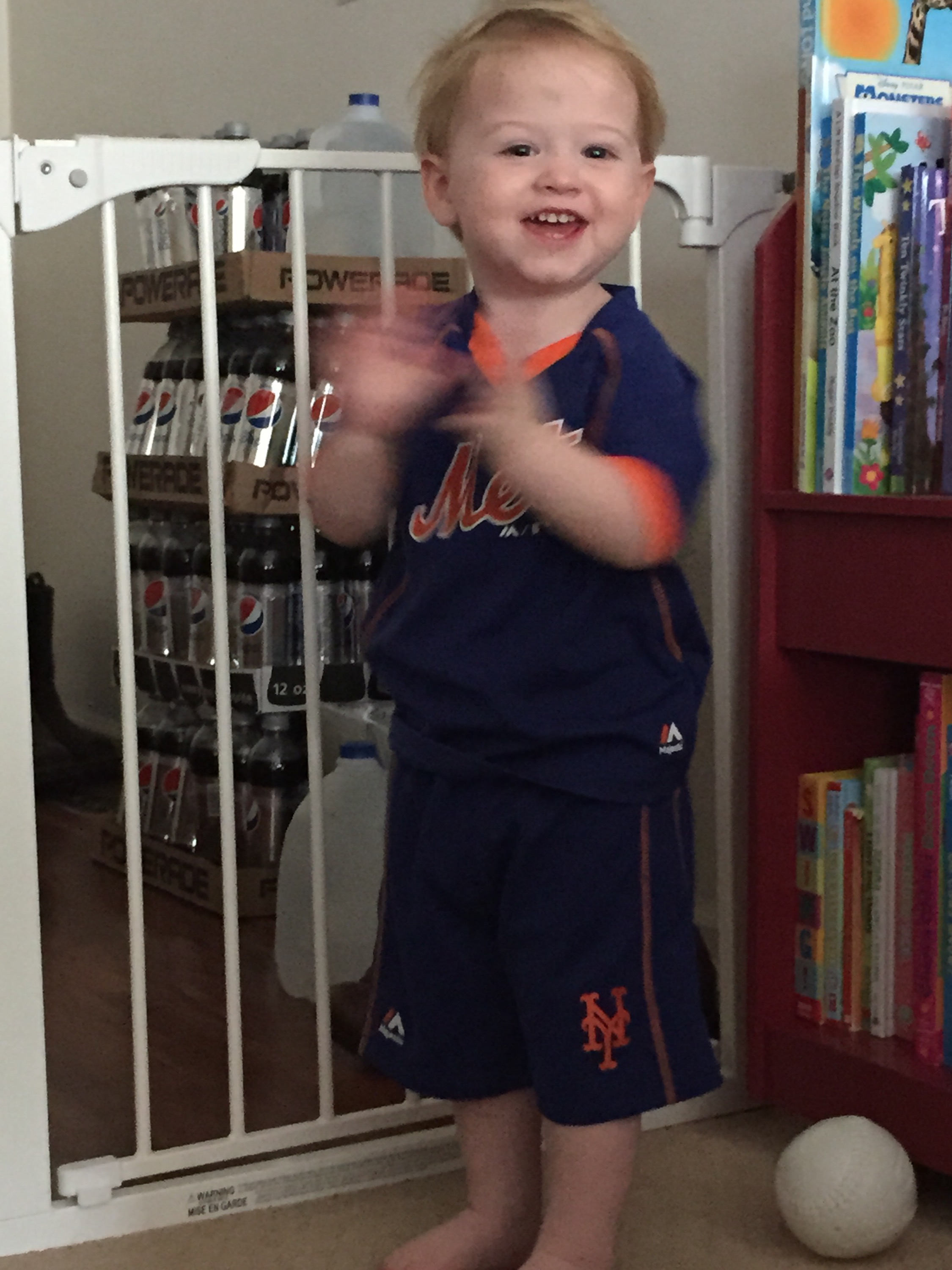 He said to me, “Go Mets please daddy!”  I told him we couldn’t go, but we would go to another game. He replied with a half-hearted “okay.”  We then played baseball (the ball is in the bottom right of the photo).

I haven’t been this excited to go to another Mets game since 2006, and it has nothing to do with the fun and success on the field. It’s because I see my son becoming a Mets and baseball fan. The Fan Fest area has played a part in this. I can finally see they got it right with Citi Field.

Thank you Mets. You have helped create a new diehard fan.